​The Influence of Religion upon the U.S. History

In the undertaking of this assignment, the primary aim is specifically based on providing a detailed discussion of the influence of religion upon the U.S. history, considering both the positive and negative aspects of religion, particularly from the colonial period to the start of the Civil War. In the U.S. history, religion played a significant role in the process of American Revolution.

First, religion offered “moral sanctions” that promoted the U.S. people to oppose the British Colonists. The moral sanctions provided by the religion aspects acted as an assurance to the Americans that revolution was a justified practice in God’s sight. The religion facilitated the actions of turning the process of colonial resistance into a cause of righteousness. By crying and delivering the message to all the parts and ranks of the colonies, the religious ministers did not only perform the secular radicalism work but also promoted revolution in the U.S. better. The religious ministers did serve the American cause in many different capacities during the process of Revolution between 1774 and 1889. They served as penmen for the correspondence committees, state legislatures’ members, National Congress, constitutional conventions, and military chaplains, and some went to an extent of taking up arms to lead the U.S. continental troops in the battles.

Religion strengthened the American Revolution. Consequently, the American Revolution both supported and enhanced the millennialist stains in the American theology. For example, at the beginning of the civil war against the colonies, the religious ministers had the conviction and persuasion that with the help of God, America would become “the glorious Kingdom’s Principal Seat in the Earth where Christ shall erect upon during the latter days.” The victory over the British Colonialists was considered as a sign of partiality of God for America. The situation fueled an outpouring of the expectations of the millennialists stimulating the conviction of the attitude that Christ was to rule the earth for over 1,000 years. The attitude coupled with the secular optimism groundswell about the America’s future to facilitate the creation of the new nation buoyant mood that became evident after the period when Jefferson assumed the position of U.S. presidency in 1801.

Second, religion promoted the process of “Second Great Awakening” from the period of the late 17th century to mid 18th century. In the U.S. history, the Revolution process was largely based on secular affairs. For instance, the U.S.’ Founding Fathers who believed in the religious values and supported its use in the U.S. Revolutionary War, including Jonathan Mayhew, Martin Luther, Abraham Keteltas, Peter Muhlenberg, and James Caldwell among others, did demonstrate clearly their oppositions to the practice of intermingling religion and politics. They, therefore, established the separation of the State and Church in the first U.S. Constitutional Amendment.

In part, owing to the situation that religion was separated from the political leaders’ control, series of religious revivals took root and swept the U.S. between the 1790s and 1830s. These religious revivals taking place from the colonial period to the start of civil war enhanced the transformation of the U.S. country into a religious landscape. The transformation of the U.S. country into a religious landscape is what is today known as the “Second Great Awakening.” The Second Great Awakening was a spiritual and religious resurgence that triggered alterations in the American religion character fundamentally. During revolution from the period of colonialism to the start of the Civil War, the largest religious dominations were the Congregationalists (the 18th century Puritan church descendants), the Anglicans (who became known as the Episcopalians after the Revolution), and the Quakers.

Third, from the colonial period between the 1600 and 1775 and the start of Civil War in 1776 in the U.S., religion played influential and important roles in the British colonies. The religion served to enforce strict religious principles and observances through both the rules of the local towns and the colony governments. For instance, the religious groups made the attempts to strict principles and observance by establishing laws that mandated everyone to attend the house of worships and pay taxes or give financial donations and offerings to be used in funding the religious ministers’ salaries. Between 1670 and 1750, the Congregationalism and Anglicanism, which were the offshoots of the English Puritan Movements, had a strong establishment as the major organized religious denominations in most of the colonies. These religious denominations channeled their efforts to ensure that the U.S. societies were governed based on the Christian (more precisely the Protestant) values and principles.

In conclusion, the influence of the church (religion) from the colonial period to the start of the Civil War grew. The heart of most U.S. communities was a church, and the heart of the calendar was marked by the Sabbath day. After years of struggles by the religious groups to impose uniformities and disciplines guided by the religious practices, religion gained dominance and prevalence in the United Sates. The majority the U.S. populations including the Boston Selectmen were at last able parade themselves on the streets obliging and persuading everyone with the aim of either compelling or convincing them to go to Church. 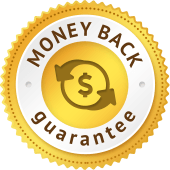 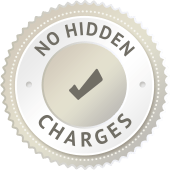